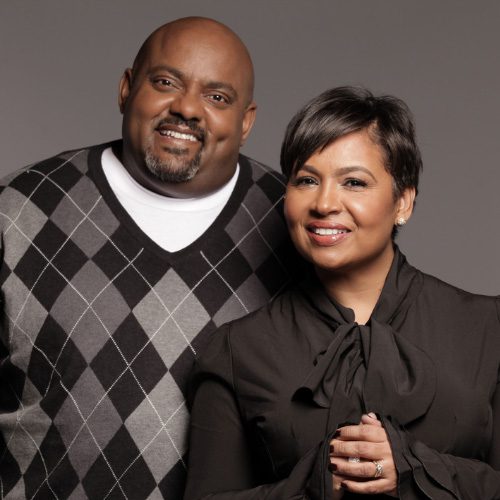 Allison Seymour is an Emmy Award-winning anchor who has been waking up viewers on morning news in her hometown of Washington DC since 1999. Allison started her career in television at the Washington, DC Bureau of ABC News, behind the scenes, before earning her Master of Mass Communication at the University of South Carolina.

She is a proud graduate of Hampton University, Where she is enshrined in the Mass Media Hall of Fame. Allison’s on-air career began during the blizzard of 1993 in upstate New York. She would go on to work in Utica, Binghamton, and Albany, New York. During the summer of 1998, Allison took an anchor position in St. Louis, Missouri, where, on her day on the job, she met her future husband, Radio Host Marc Clarke. Allison is a member of Delta Sigma Theta sorority, INC and Jack and Jill of America. She and her husband Marc share three daughters and two shelter pups. Allison feels extremely grateful to the community for all of the support over the years, working 20 years at FOX 5 and currently at WUSA9. She also is the co-host of Allison and Marc in the afternoon heard on various platforms, including 100HipHopandRnB.FM.

If there’s a camera or microphone around, Marc Clarke is probably on it. Over three decades, Mark has made a name for himself in the entertainment industry as a top-rated morning show talent, television host, and Keynote Speaker.

Possessing a warm personality, quick wit, and great comedic timing has allowed Marc to carve out a fantastic career which has included hosting top-rated morning show programs in major cities throughout the country starring in multiple national television commercials, including Dunkin’ Donuts and Folgers, to name a few and recently hosting daytime lifestyle television programs in Washington DC and Tampa Florida.

Mark has also recently lost over 100 pounds on a journey he calls reinventing Marc Clarke, which started with him walking on a treadmill and sharing motivational messages on Instagram and YouTube channel reinventing Marc Clarke with a single subscriber and has grown to thousands. He’s become a health and wellness advocate and releasing his second book featuring recipes for healthy smoothies and juices this spring. He also launched the Marc Clarke morning show, which airs weekday mornings at 10 AM on the YouTube channel reinventing Marc Clarke. He is married to media; Allison Seymour has been a popular morning show news anchor in Washington DC for over 20 years. Allison and Marc host an afternoon show on various streaming platforms, including Audacy, Iheart, and 100 Hip-Hop RNB FM. They’ve been married for over 21 years have three lovely talented daughters. Mark says his loving family is the accomplishment he treasures most. Marks every man’s approach is his signature weather at home with Allison and the girls during a Keynote or a celebrity interview with Mark. You see what you get, no pretense, no posturing, just warm, compassionate, genuine, and really funny! 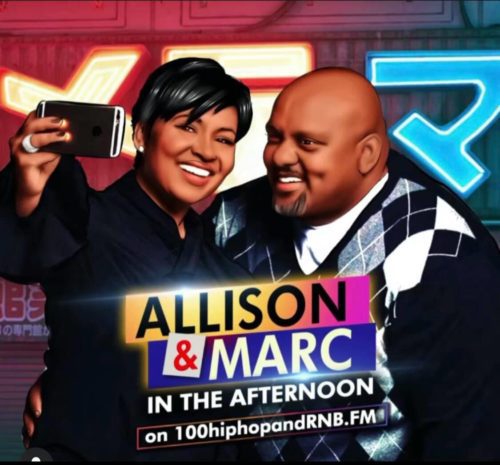 Made with ♥ by Vipology • Influenced By Radio