Supa Scotty and the Ladies in the Midday

Born and raised in the Washington, DC metropolitan area (DMV), Scotty grew up in a household where there was a love for music and media. Music and media eventually became the soundtrack to his life.

As a 1999 graduate of Howard University, he received his Bachelor’s degree in Media Communications with a minor in Early Childhood Education. Determined to not let his college training go to waste, he landed his first radio job as Executive Radio Producer for Children’s Express. and in October 2000, Scotty began a 7 year tenure at Worldspace Satellite Radio, a former XM affiliate, specializing in broadcast imaging, production, and voiceovers.  In 2002, Scotty also started his journey to becoming one of DC’s most popular nightlife socialites, club promoters, emcees/hosts, and DJs. In 2007, Scotty landed a position as imaging and production assistant at CBS Radio’s WPGC 95.5.

After his tenure at CBS Radio, Scotty became a multi-faceted content creator and media specialist while continuing to DJ all over the world.

K. Foxx grew up surrounded by the sounds of the streets and the creative energy of New York City. She honed her talents as a dancer while attending the prestigious Professional Performing Arts High School in Manhattan. Studying with the world renowned Alvin Ailey American Dance Theatre, she knew her path was toward the world stage.

K. Foxx attended the historic Shaw University in North Carolina where she first ventured into radio and television. Upon graduation, she got her first job in radio
at K97.5 WQOK in Raleigh. She was soon recruited to move to Miami and join 99Jamz WEDR. After working weekends and overnights, K. Foxx landed her big break hosting South Florida’s number one radio show “The Takeover” with the world renowned DJ Khaled. K. Foxx was recognized as Best Female Air Personality by the Miami New Times, and voted Best Radio Personality by the Broward New Times. The New Yorker, has been recognized by The Source Magazine as one of the most powerful media personalities in the nation. Ms. Foxx can now add Cover girl to her resume, after being selected to grace the cover of the 8th edition of EBE

After making a name for herself in Miami, K. Foxx was handpicked to join the legendary radio station Hot 97 WQHT in New York. Her voice could be heard every weekday morning during the Cipha Sounds and Rosenberg Morning Show with K. Foxx. She is also a fixture in the entertainment television field. K. Foxx was the one of the lead personalities on “The Gossip Game” on VH1. She has also solidified herself as a TV personality after she made appearances on HLN’s Jane Valez-Mitchel, Showbiz tonight, Joy Behar, Uncommon Sense on MTV, and Good Day Philadelphia on Fox 29. K. Foxx was also asked to be a correspondent for EXTRA on NBC. Later, Foxx joined iHeartMedia heading up the number 1 night show from 6-10pm on Miami’s 1035 The Beat WMIB. She also secured midday shifts on 93.3 The Beat Jamz in Jacksonville, Florida and 92.3 KIIZ in Killeen, Texas. Later, K. Foxx joined the Radio One family, and she was one half of the Quincy Harris Morning show with K. Foxx on WRNB, in Philadelphia. Later she was granted her own Midday show on WRNB from 9-3pm called the “K.Foxx Show”. Recently she has taken her talent and skills, and joined Dyana Williams long standing company, Influence Entertainment as a Media Coach, shaping the talent of the future.

A trailblazer, and passionate about giving back, K. Foxx started the “K. Foxx Princess Project” which gives graduating seniors the chance to have the prom of a lifetime. Sponsors provide dresses, shoes, hair, make up, and even a limousine ride to the prom! K. Foxx is just beginning her journey to success; but along the way she wants to make sure that up and coming leaders know that hard work is rewarded.

K. Foxx is also a Carma ambassador, and serves on the board of the Carma foundation, lending her time and talents to helping marginalized women and children in the Caribbean, South America, Africa and the inner cities of the United States. 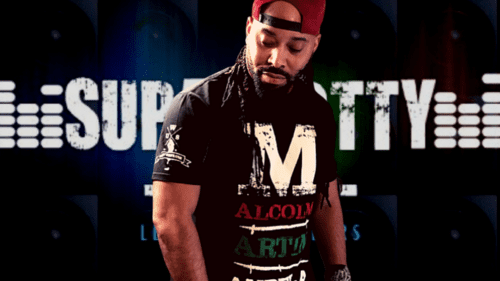 Supa Scotty and Ladies in the Midday

Made with ♥ by Vipology • Influenced By Radio